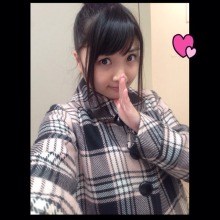 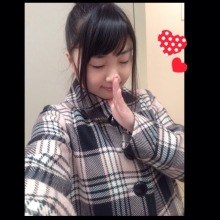 Sorry, sorry!! I made a mistake!

Well, well. And the other songs I know of give me this really existential feeling,
which is somehow strange~ ^^;

Erm… I guess you don’t know what I’m saying, huh?

Please forgive me n(＿～＿)n
Here’s a photo of some imitation… I mean, illumination trees
that Furu-chan took and sent to me

And that was Momoka, lacking in both girl power and story-telling skills.
This is the end of this blog update （・Θ・）