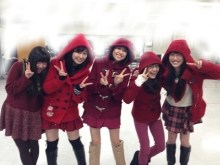 We really got to have so many different experiences
in 2013
It was a year of lots of growth
for Momoclo and for myself.

I’m glad that we ended off such a wonderful year
at Kouhaku Utagassen.

Everyone, please support us this year too-! 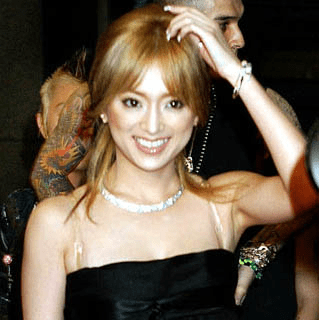 Hamasaki Ayumi (35), who is in the limelight again due to her lightning engagement to an American student (25), faces “struggles” with sales of her photoboook. To commemorate her 15th debut Anniversary, she released a photobook named “ayu” (2800yen) last month, 11 years since her last photobook, and reviews have been harsh.

Customer reviews on Amazon (average rating 2.6 stars) have been particularly critical. Comments were severe, such as;

“The book talks about an opening of her private residence, but it’s hard to tell anything from the photos”
“There’s nothing nice about looking at walls and bedsheets. Too much Photoshop. It’s a photobook of her tattoos, bedsheets and walls”
“She’s been a disappointment lately”
“An item fans buy only because of obligation”

Even so, the initial press sold more than 20,000 copies, and Kodansha’s PR department commented that “with subsequent presses, total sales reached 23,000 copies”. Seems like hardcore fans are still buying the book.

At that time, her romance with TOKIO’s Tomoya Nagase (35) was the hot topic, and she released consecutive hits like “Dearest” and “Voyage”. It was then that her presence as “pop princess” was strongest. However, even that premium photobook is now selling for 1yen in second-hand stores.

The plunge in Hamasaki’s popularity is obvious with this release. Will this memorial year end with nothing but news about her private life…? 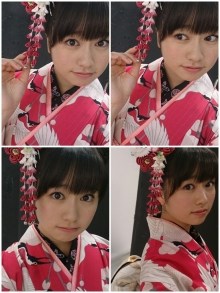 After returning home today,
she ate some New Year dishes and had some leisure time (*´ω`*)

How about everyone-?
How did you spend your New Year’s day-?

Any dreams we have tonight will be the first dream of the year right?