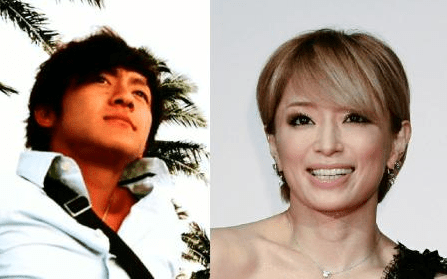 On the 14th, singer Hamasaki Ayumi (34) made a sudden announcement of her devoted love for back-up dancer Uchiyama Maroka or Maro (28) on member-restricted fanclub site “TeamAyu”. Uchiyama declared his devotion for her on his own blog on the same day as well. Hamasaki had divorced her Austrian model husband Manuel Schwarz in January this year.

Hamasaki wrote to her fans: “An article about me will be published in a weekly magazine tomorrow. The contents are about Maro-chan and myself. I don’t want everyone to hear incorrect rumours about me from other sources, and I don’t want to hide anymore, so I will say it clearly. I am in a serious relationship with Maro-chan”.

Maro became Hamasaki’s concert back-up dancer in 2007. In this year’s tour, he participated in a bed scene in a love hotel with Hamasaki, a performance that sparked much discussion amongst fans.

Aside from declaring her devotion for back-up dancer Maro, Hamasaki also commented on the separation of work from life, saying that “However, work is still work, private life is still private. I will continue to keep them separate, and create the best shows. Definitely. I promise.”

On the same day, Uchiyama also commented on his own blog, “This has caused some worry amongst those connected with Hamasaki-san, as well as lots of fans. I apologize for that.” He also called for understanding for this serious relationship, stating that “Since this is something which involves me, I will solemnly acknowledge it. As the person I am, I will take this relationship seriously from now on.”

Uchiyama was born on 28 February 1984 in Tokyo. He became Hamasaki’s concert back-up dancer in 2007.

In the summer of 2010, Hamasaki met Manuel during PV auditions, and decided to pick him as her acting partner. They started having romantic relations soon after, performed a lightning marriage in January 2011, and divorced in January this year.