We are always connected

A drastic haircut after the disaster. Her nationwide tour was completely simple, reaching out with the power of music. With her entire heart riding on music, ayu handed us “peace of mind”, “strength to stand up again”, and “power to progress”. In that place, her smile blooms like a flower, her tears falling like rain to wash away sorrow. For ayu, to love is to sing. And her songs will ignite the light of hope in her listener’s heart.

At that time, all of us, including the fans who came to watch my concert were called “indiscreet”, so I think that it made them feel even more lost. That’s why, I wanted to tell them that “we will always be here, unchanging”

Quote: “As long as one person needs my song, I may be able to save that someone”

It happened on 25 March. 2 weeks after the earthquake disaster, ayu sang 「Life」 on Music Station. She had just cut her hair short, and had minimal make-up on. Dressed in a white T-shirt and overalls, she did not have any shoes on her feet. Standing there, as if that was normal, as if that was how she was supposed to be. Those who understand pain and love will become stronger and gentler. And 「you」 were the one who made me realize that—

These words were penned down by ayu 4 years ago, but seemed to have been born in that moment in 2011, resonating like a prayer. Up until then, people has been desolated and hurt, but the song shone a ray of light into their hearts.

“I decided to perform in an instant, but I only made that decision at the very last minute. That was because I still did not know what was the right thing to do… Honestly, right after the disaster, my mind was a complete blank. I keenly felt my inability to do anything, and was totally crushed. However, at that time, when I sang live together with the band members, it helped to wake up the power of music within me. I’m not making music alone. Everyone has been making music together with me all this while. Though I can do nothing but sing, as long as I sing with courage, and as long as one person needs my song, I may be able to save that someone. If that’s the case, then I’ll sing. That was my breakthrough then. I felt like I could give the power of music to others, instead of myself.”

The carefully-prepared concert content from before the disaster was also totally replaced. Planning for the concert, named 「HOTEL Love songs」 began right after New Year’s, and rehearsals also started in earnest. This concert was made to be a thoroughly blitzy entertainment show, right down to the costumes, lights and stage sets.

“However, after the disaster, I could not envision the show anymore. I know I needed to convey my vision to the band and dancers, and I had such an image in mind, but it totally disappeared. Really, I totally couldn’t recall it… It was the first time I’ve ever had that kind of experience.”

But, with just one performance on Music Station, ayu was revived. The point then was to just  deliver the music which was resonating in her mind.

The blitzy sets, the lights, the special effects, even the costumes were all changed. There was nothing left, except the dancers’ supple bodies, the band’s instruments, ayu’s lyrics, and a voice to sing them as song. A person can only do so much, but when everyone comes together under the art that is music, surely something can be done. That was what she believed.

“Without any accessories and costumes, I decided to lay myself bare in front of my 10,000 audience. I mean, at that time, everyone was left with nothing. I just wanted to make do with that, making the most of what we have. The dancers can dance, the band can make music, and I can sing. It’s really simple, but people may get back courage and energy by watching that, right? I just really believed in the power of music then.”

From MAY, a concert named 「POWER of MUSIC」 began. At that time, she strongly believed that “Before I became an entertainer, I was a singer”. With an increase in the number of songs in the setlist, she had less time to rest, and to ensure that her voice would last till the end, she underwent vocal training. The first thing ayu wanted to convey through her lives was the idea of “peace of mind”.

“At that time, everyone still had qualms about the idea of enjoyment, thinking “Is it ok for me to go to the concert and enjoy myself?”. At that time, all of us, including the fans who came to watch my concert were called “indiscreet”, so I think that it made them feel even more lost. That’s why, I wanted to tell them that “we will always be here, unchanging”. For those who had been having trouble sleeping at night, I wished for them to come to the concert and scream lots, laugh lots and cry lots, so that their stricken heart would be released and they could go home and sleep soundly. That was for the 1st chapter of the tour. The 2nd chapter’s message was “Let’s stand up!”. I wanted to tell everyone: “Don’t sacrifice enjoyment for sorrow”. Recently, we entered the 3rd chapter at Yoyogi, with a feeling of “Let’s progress!” Summer is supposed to be a season for excitement, right? That’s why, I wanted to say that “summer is here as usual!” So for this tour, the setlist kept changing to fit with each chapter.”

She also performed many old songs. Miraculously, no matter whether ayu’s lyrics were singing about love, pain, courage or hope, they all resonated within the audience’s heart, right here, right now. The songs didn’t just bring back memories of the time when the audience first heard it, they also possessed new power that jolted the listener’s emotions. That is probably because ayu’s self-penned lyrics often match up to the realities of life. That’s why, no matter what song it was, it became rock.

Right after the disaster, ayu hid away her empty heart and continued to tweet. In response to a fan’s question “Are you overseas?”, she replied that “everything I treasure is here. If I leave them all and escape, I may be able to save myself, but where’s the happiness in that?”. With just that short tweet, she helped lots of people remember the things which they themselves treasured.

“Since the disaster, I began to really treasure Japan. When I saw my own country get hurt, I thought about this. “If Japan were to disappear, and I had to go live somewhere else, what should I do?” Just thinking about that made me so afraid. At the beginning of the year, I stayed in LA for awhile, and the disaster struck just when I came back, but I was glad that I was here when it happened. If I had still been in LA and read about the disaster on the news, I probably would have collapsed. There are so many things I want to do in Japan, and so many of my loved ones are here. In the past, I thought that I wanted to live apart from everyone else as much as I could help it, but when I recently received tweets from old acquaintances, we were able to click, and it’s wonderful since we were also able to meet up!!”

Mini-album 『FIVE』 is filled with songs which had arisen since that time, and the jacket photo is taken by photographer Leslie Kee. He was also another acquaintance that she managed to meet again because of Twitter.

“From there, we talked about “What can we do together at such a time?” and Leslie came up with 「LOVE&HOPE」. The disaster had returned us to the basics of “how we should be” once again. I realize that I can still feel my ties to everything. That’s why, I want to use music and my love for Japan to say that we are always connected.”

Quote on facing page: “Since the disaster, I began to really treasure Japan.” 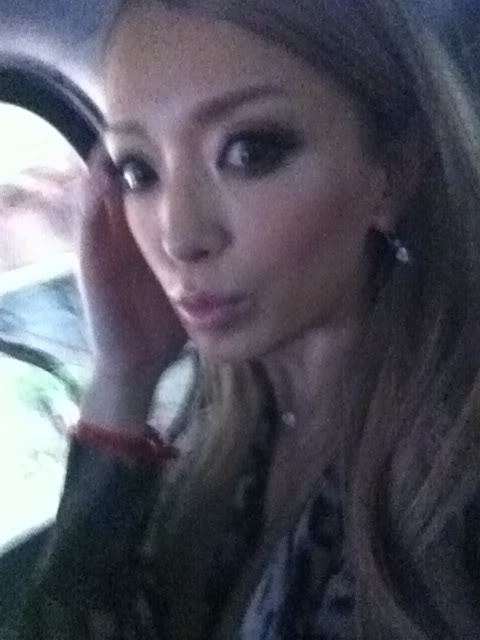 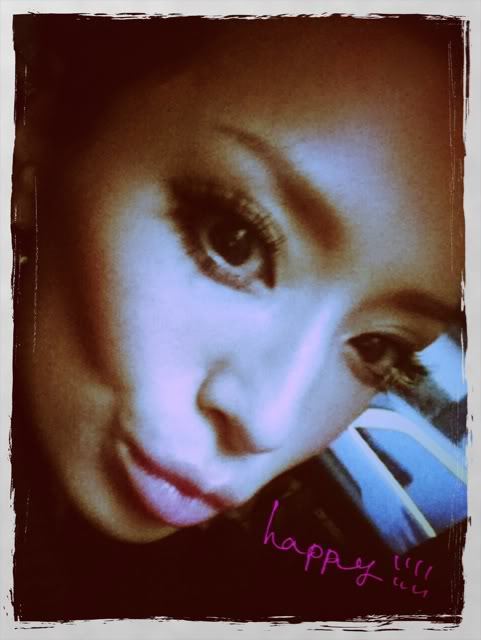 ayu_19980408: Did the last cut for shooting today, and though it poured and all of us got wet, everyone had SUPER HAPPY SMILE☆ and created lots of wonderful things (*^^*)v Good job ♪ 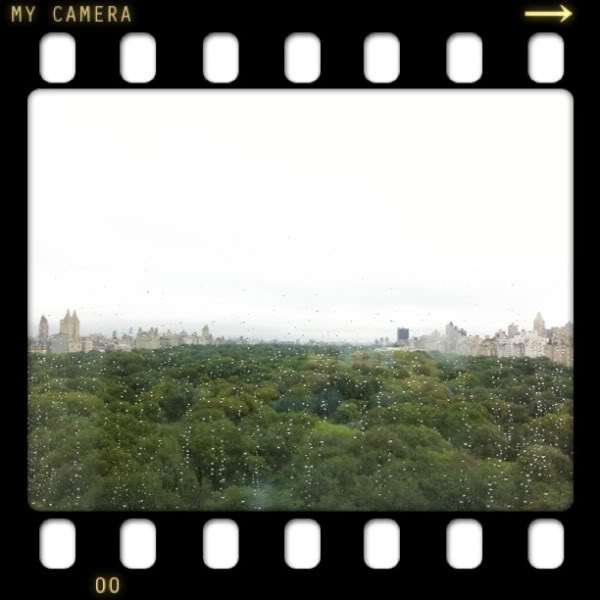