Unable to recognize the darkness in my heart
I can never ever forgive myself
Please save me
My heart is crumbling away, it hurts

In one moment, all our bonds
Were destroyed
By emotions and contradictions
By this “love” known as sympathy
How cruel

The fragments of so many lovers
Press down on me hard
Please listen to my one selfish wish
Can I stay loving you?

END_OF_DOCUMENT_TOKEN_TO_BE_REPLACED

“To illustrate through song what I can do”. Overcoming many conflicts, the song princess strengthens her conviction and mounts the stage without hesitation. For the first time, she reveals the perfect body achievable only by those with strong wills. Her flexible healthy bodyline, gotten through hard training, charms all who sees it. Even without much decoration, she managed to exhibit beauty and strength.

Quote: “One can continue when there is no stress. Doing enjoyable things is healthy for the body”

HOW TO MAKE UP
Beautiful adult make-up comes in graceful browns and golds
Use a good semi-matte base that can help to revive the skin. Spread a pale pink over the cheeks. The highlight will be the eye make-up. From the edge of the upper eyelid, draw a thin line with black eyeliner. On the bottom lid, shade about 1/3 from the corner of the eye. For eye shadow, use a golden-brown to cover the entire socket area. Do the same on the bottom lid. For the lips, use a non-descript colour like sheer pink.

Quote: “Metabolism is very important. Lately, everyone has been telling me that I have beautiful skin”

Quote: “This year, everyone in Japan is thinking about this. About what is important to them. For me, it’s definitely songs. I hope to continue singing…”

Quote: “A meeting that changed ayu’s body. And now, we see it as reality”

A huge physical makeover due to meeting with a teacher

The cover girl for this month’s issue is Hamasaki Ayumi-san, who has not been featured here for nearly a year. Aside from charming over 400,000 people with her music during concerts, her lifestyle, fashion and beauty are also often in the limelight. Such is her unique existence. For this month’s issue, she reveals her body for the first time ever, and we note the huge change in ayu’s bodyline.

“Aside from strength training workouts, I have been running every single day for many years. However, since last year, I developed knee pain and could no longer run. Because it was part of my daily routine, not being able to run increased my stress level, and I seriously thought about other ways to build up the strength needed for lives. Some of my dancers had been undergoing pressure training for several years, and they urged me to try it out. It was then that I met my current pressure training sensei. She had a surprisingly beautiful bodyline and skin, and she totally didn’t look her age. Thus, I decided to entrust my body to her.”

Before her injury, ayu had been undergoing intensive, strenuous workouts. These workouts resulted in her developing large muscles. Thus, ayu requested sensei to help tone her muscles down.

“While doing pressure training, I did some pilates too. It wasn’t just normal pilates, but the rhythmic kind with music, so it was fun. It was also just short exercises, so I could pick it up easily without adding any burden to my schedule. I didn’t realize it at first, but in an amazingly short time, sensei has helped me to achieve my requested goals.”

Starting out with training every other day, she told us that she trains only 1~2 times per week now. She has achieved the balance between feminine softness and supple muscles. Furthermore, the training has also shown some effects on her skin.

“What surprised me was my skin’s condition. 2 weeks after I started pressure training, everyone started to tell me that my skin looked white and nice. I’ve never had any big troubles with my skin before, but I used to have pimple breakouts, or tired-looking skin, but all that is gone now. Because my metabolism rate has been increased, my skin’s condition also improved, so I don’t really use foundation or powder nowadays. So even without make-up, my skin can still make it seem like I have nude make-up on. What I have on for Bea’s Up photoshoot today is perhaps the most effort I’ve put into make-up all year.”

Recollection of precious things after the disaster

The disaster which shook Japan has made her realize what is truly important to her. Preparations for her tour started right after New Year’s. The stage, songs, costumes; all were under the direction of ayu herself, but during Eastern Japan Earthquake Disaster struck right in the midst of decision-making processes. Though she had already decided on the show’s image and content, she suddenly lost that image after the disaster.

“Right after the disaster, the feeling which I felt most strongly was a sense of helplessness. I always knew that songs are the most important part of me, but suddenly, the question “So what?” occurred to me. I had my songs, but “So what?”. These suspicions plagued my mind.”

What pulled her out of that sense of helplessness was the live performance she did for “Music Station” after the disaster, she explained.

“Then, I wondered if I should appear on TV and sing. Did my songs have the power of persuasion? Were my songs even essential? Was there anything I could do? I faced so much doubt and problems (regarding the performance), that I was really hesitant all the way up to the day itself. In the end, I talked to the band members, and we agreed that music is the only way on for us. With that, my doubts vanished. I realized that I was glad I have my songs. My mind, which had been blank all that while, was cleared, and I could start thinking about the tour again.”

So answering, ayu created the show which we see today. A simple show of songs and sounds, overflowing with the power of ayu’s voice.

A mini-album of feelings: 『FIVE』

We asked ayu if the disaster helped everyone in Japan realize what is truly important to them.

“There is no certainty in the fact that we will be here to welcome tomorrow, and I think that everyone in Japan, including myself, already have what is most important to us. The wish to be together with our precious ones, what we want to do, where we want to go; we already have all these feelings.”

With this thought, ayu released her new mini-album.

“I just expressed the things I wanted to write and create at that moment, so the album was not very consistent, what with ballads, up-tempo pieces and medium works. But I wanted it to express what I am currently feeling and going through.”

And here we have ayu, who has realized that she wants “to sing”. Along with these new songs, she will face forward to autumn, then Countdown Live. For her many fans, she will not stop, but start to run again.

Photo Caption at bottom: The pressure training studio where ayu’s body was created 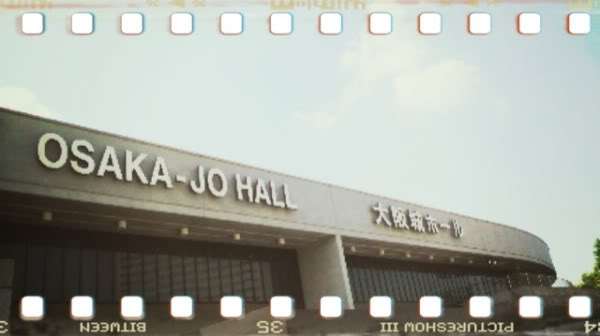 ayu_19980408: These 2 days at Osaka were reeeeeally super amazing. The curtains to FINAL Chapter have been raised in the best way possible, and I thank you from my heart. I’ll write more in detail on TA ☆ And then, from Masa’s b-day on to my b-day. I love this time of year…