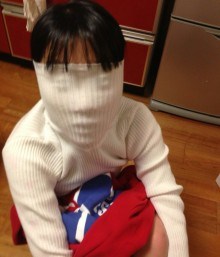 Takagi is doing well!
It’s just been really dry, and Taka-san is itching all over-

I just want to go all out with girl power-
I’ll win, as long as I don’t care how others see me-

I’ll take care of myself- 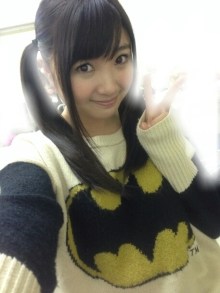 I was all around Western Japan 2 days ago,
when I witnessed the first snowfall again after so many years (* *)

Just a little more to Christmas…
One more step before December…

Is everyone working hard at their jobs and exams
in order to welcome the end of the year on a positive note too??

Good luck to everyone taking their exams—!!!

So, it’s the last day of November,
and I’ll work hard de-ariyasu.
So everyone, work hard too~~~

P.S.
Ah! I forgot something important!!
Thank you so much
for all your congratulatory comments on Kouhaku! （*^Θ^*）

We’ll be spending that time with everyone again this year,
so no matter what happens, we’ll strive on in high spirits till the end of the year- 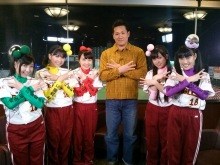 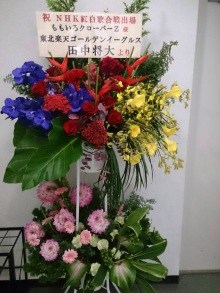 When I was watching it,
I was suddenly amazed that
we were actually having a conversation with Japan’s No.1 Maa-kun.

Did everyone watch it too-??

With our names on it!!

It’s the one which I couldn’t keep quiet about,
repeating “I want it” during Maa-kun’s season-opening ceremony. (laugh)

It’s my treasure, which I wore during the talk
together with the uniform.