TONIGHT, so lonely, a long sleepless night
Embracing memories of being with you, I fall sleep

LOST LOVE, everyone has a wounded heart
I know that, but I feel all alone

TONIGHT, I counted the days we spent together
Would I share such experiences with anyone else?

LOST LOVE, I want to forget how we met
Because you embraced me, my tears spilled over

More than one person
Two people together
When I remembered that, it was too late

Woo…
Sorrow will fade with time

TONIGHT, so lonely, a long sleepless night
With memories of being with you
I fall sleep alone

END_OF_DOCUMENT_TOKEN_TO_BE_REPLACED

Hey, surely everyone is shouldering some burden
Illustrating a sorrowful, beautiful loneliness
Hey, even so, people repeat things
Welcoming tomorrow with painful innocence

Even if we’ve been alive for different lengths of time

Just having met you, just having loved you
Even if we couldn’t agree
Just for that… Thank you

Hey, surely everyone has sacrificed something
In order to grasp something new
Hey, even so, what I’ll always be proud of
Is you and how you are

Even if we’ve each overcome various scenes through the night

Just having met you, just having loved you
Because we agreed, from now on…

Just having met you, just having loved you
Because we agreed
From now on… Thank you

END_OF_DOCUMENT_TOKEN_TO_BE_REPLACED

Hey, in truth, there’s no such thing as forever
When did I first realize this?
Hey, even so, I’m prouder than anyone of the fact that
The days we spent together weren’t lies

Even if we’ve been alive for different lengths of time

Just having met you, just having loved you
Even if we couldn’t agree, La La La La… I won’t forget

Hey, why can’t I do without you?
Wanting to stay beside you even though it hurts so much?
Hey, even so, I knew that I was happy
Even over the most trivial things

Even meaningless words exchanged with you come to hold meaning

Just having met you, just having loved you
Because we agreed, from now on…

Just having met you, just having loved you
Even if we never met again, La La La La… I won’t forget

END_OF_DOCUMENT_TOKEN_TO_BE_REPLACED

I have happy news!

Yesterday, the performer’s list for Kouhaku was announced…
And Momoclo will be performing this year too-!!!!

To everyone who has supported us~
To all mononofu~

Thank you so much

To see Momoclo’s name in the list of performers…
That made me really happy-! (*´ω`*)

And behind our name, the number 2 was in ( )…
That was so wonderful! 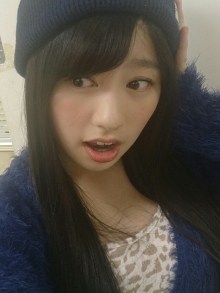 The hot days continue. They’re really here. CREA continues to sleep in rooms where the air conditioner is on. We’re on tour this month, so let’s start with Chapter 1’s Osaka night. We got so crazy and partied everyday with the friends from Osaka and those who came down from Tokyo to watch us. And it was Tou-chan’s B.D.1 too, so we just had a huge celebration during the show. Lots and lots more happened, but I’m not including them in these polaroids because of insanity!! Apart from the show, my manager Non-chan’s family came, so I took a photo. The theme is Tottori’s 20th century pear special!! And so, I’ll be updating next month from Tokyo Dome…… There’s only 2 more days left to the tour (It’ll end by the release date…), so I’ll try to enjoy myself. Holding all my responsibilities and confidence in my heart… Ah! Freedom in the right hand, love in the left.
Goodbye~ Himekko2
p.s. Obsessed with turquoise#

Bananan bananan chihuahua.
Hasn’t it been so hot lately? The princess feels like melting, but she can’t melt. The biggest happening this month is probably Bancho getting the same haircut as the princess, right? She has great taste. So lovely. Ufu…… Everyone’s making lo~ts of different preparations for summer, right? The princess will be releasing a new song. Eh?!! Is that too fast? Please forgive me. However, I hope to perform this song on music programmes on TV. *Unexpectedly, the previous song had no exposure at all.* I’m a girl with lots of troubles, but in the end, I can only be myself, not anyone else…… Alright, let’s dash out at full speed—. The princess has totally revived!!!! Please support me!!!!!!!!!! Alright~~

1: A commercial district north of Roppongi
2: A play on the word ‘Bancho’ 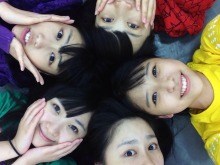 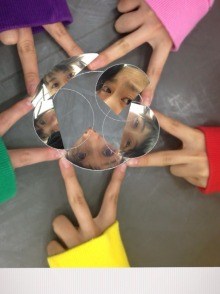 Everyone!
We’ve been confirmed as performers for the 64th Kouhaku Utagassen!
It’s our 2nd consecutive time ( ´ ▽ ` )

Ah-! I’m really so happy-!!
We’ll get to spend New Year’s together with everyone again!!
During our first time, I was so nervous that I don’t have any memories of the time…

So I’ll definitely memorize everything this time round!
It’s been a year since our first appearance.

I’m so happy now that I don’t know what to say, but thank you everyone!
Without forgetting our feelings of our first appearance, I want to challenge this next time!

Ah- I’m just so happy that I can’t sleep! 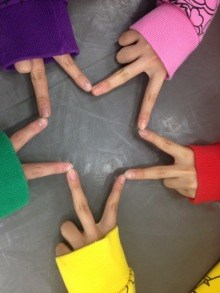 We’ve been confirmed as performers
for the 64th Kouhaku Utagassen- (;_;)!!! 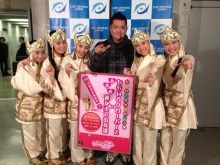 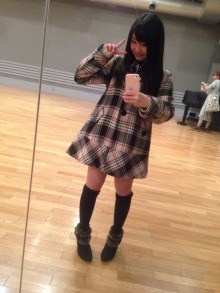 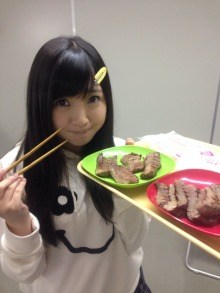 Waaaaaaaaaaah-
Overflowing with all the things I want to say-!!!

And the BD & DVD releases of the Nissan Stadium live…

And then,
we took part in the Rakuten fan thanksgiving event on Saturday (Oh, about the relay race, Shhh- ^^;)

To be able to congratulate Maa-kun and the Rakuten Eagles personally,
that was the greatest joy （*^Θ^*）

Ah! Oh yes ♪
“Bokura no ongaku” will be broadcast this Friday.
We’ll be having a dialogue session with Maa-kun
about stuff, including our collab with miwa-san

Wow, it’s really just a series of various happy things,
I’m sorry I came so late to report to everyone (TΘT)

Then…..
I need to write about something important ^^;

has been confirmed to perform at Kouhaku- .:*:゜☆

This and everything else
is really thanks to everyone (*T T*)

And thank you for all the congratulatory comments, “good job” comments, and everything else (*^^*)

Everyone’s words make me the happiest!

Alright, we’ll be spending the same time
with everyone who has supported us at Kouhaku this year too-!!!

Please watch over us