Only the relevant parts about ayu and CDL are translated.

There weren’t any goods I particularly wanted, so I didn’t go early to queue.

After Mr S told us to go eat some takoyaki, we rushed to the venue. 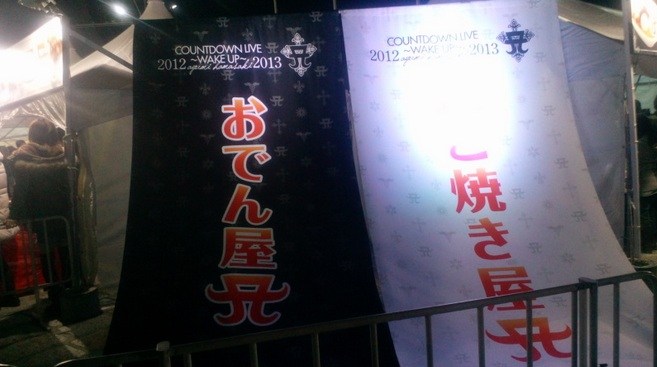 I don’t really like oden eggs, so I went for the takoyaki. For some reason, I really like the ones served here

Mr S bought takoyaki for Rie-chan and myself, and we ate them. This costs 800yen (lol) 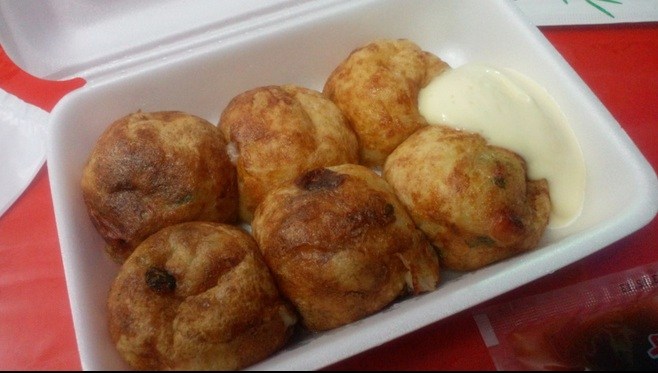 I finished up Rie-chan’s leftovers, and got really full ←

I received a pair of white chopsticks with the takoyaki ＼(^^)／ 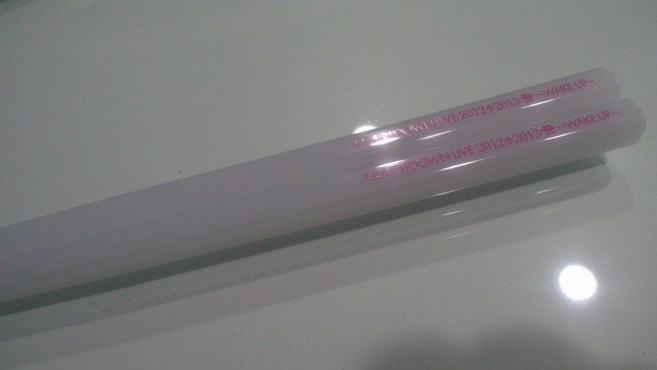 I’ll try the oden if I’m hungry tomorrow.
The chopsticks given are a different colour, and I want those too. 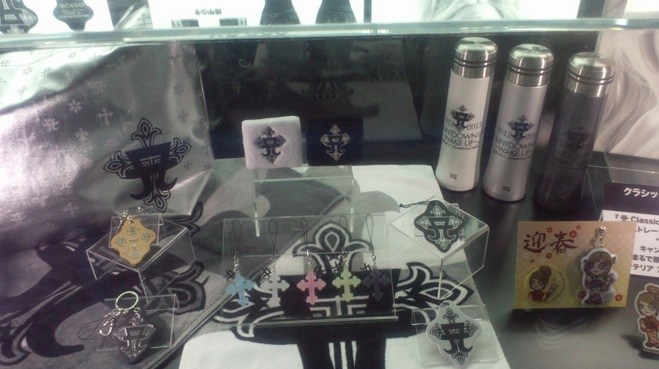 The ayupan screen cleaner is really huge and cute, and I decided to buy it.
However, I didn’t want to own anymore straps.
The thermo mug looked big too, and I wanted that as well (lol)

In the end, I wanted even the towel ←

Until the very end, I kept saying that I wanted the towel, but Rie-chan convinced me not to buy it in the end (lol)
I already own lots of towels, plus I’ve bought a HAPPY BOX too ←

Rie-chan and I then bought the straps one by one to try our luck, maybe we would get different designs!

I got the white one! I wanted either the white or gray one, so it was great ♪
Rie-chan got the blue one. 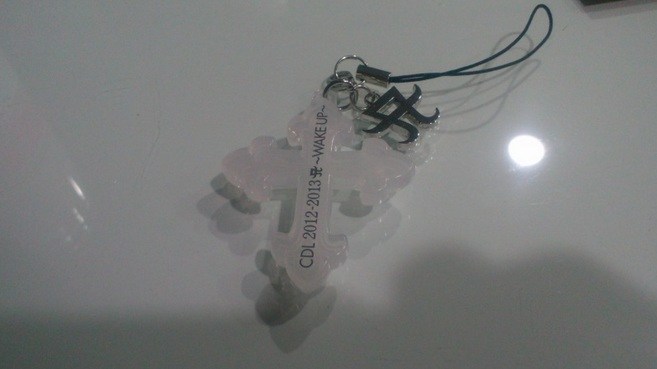 There weren’t many new goods this time, and no venue-limited ones, so it was a little sad.

Also, I got these at the TA booth.

Sunday best ayupan was featured at the back, she’s so cute

As for the front, I got the LOVE jacket cover photo! 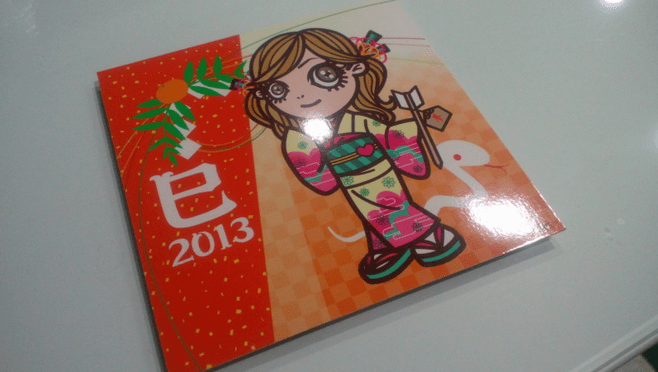 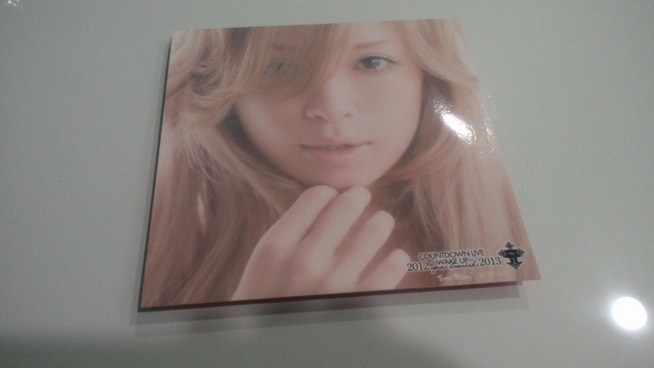 And then, when we entered the venue, we received free samples of ISM’s goods!! I got the blue one, but there’s the pink one available too!
I really liked the fragrance of the blue one, so I was happy 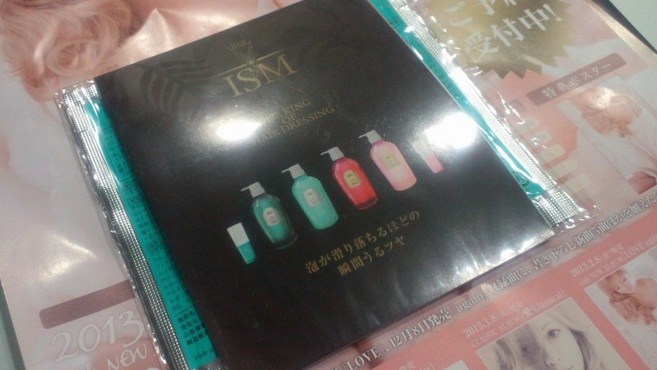 My seat this time was Arena A7!
I have to thank Rie-chan for this godly seat ＼(^^)／ 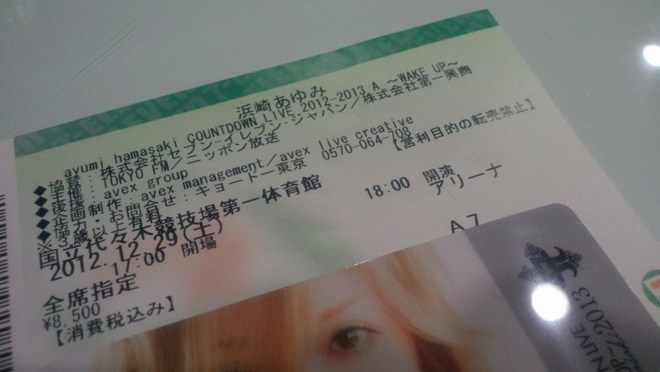 It’ll be spoilers after this!

I’ll be writing about the setlist and stage setup, so those who don’t wish to know, please stop reading! 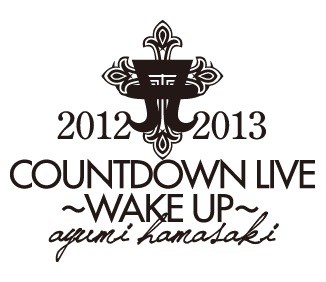 Let’s start with the stage setup.

It was a center stage!!

I got a photo of the floorplan, so please look at it ↓

There was a royal!
And a crane!

A catwalk stretched from the royal to the north end, where the crane was.

My seat Arena A7 was directly in front of the crane, and when ayu was on it, I saw her at such close distance (:_;)

I think she was just 5m away ←

She didn’t throw any signed balls ←

And then, the setlist.

As she wrote on TA, Maro-chan wasn’t there on stage.

EKKO and KO weren’t there too, I wonder if they quit? ←

I’ll be writing spoilers from here on.

During the opening, the PV was shown on the screens onstage.
Our spot was a little slanted so it was hard to watch, so I’ll talk about this after tomorrow’s show.

The dancers came out, and Wake me up started.
ayu appeared from above in a cage(?).
It felt like she had been captured.

I was really surprised by Rule, which came on next, and Rie-chan and I stared at each other ←
It was so cool!
I had goosebumps!

She wore a sparkling spangled (?) costume.

Then, it was the band members’ introduction.

ayu changed into a pink dotted maid costume.
She was super cute—

The dancers were dressed like baseball players.
We were wondering what song she would perform, and it was Beautiful fighters.
Totally unexpected!!
2-yan was really funny here, so do watch out for him (lol)

I always think that this costume suits Shu-ya really well.

And then, Fly high came on!
ayu and the dancers came near the crane at this point, and it was so real that I could see them so near!
It was nothing but awesome ←

The easy dance was really fun to do—

Then, it was time for POWERBOMB and the acrobatics team ←
They performed with a small trampoline, and in the end, 2 of them flew up together. It was a wow!! moment ( ´艸｀)

Then, ayu changed into a pink/beige dress.

snowy kiss
Missing
She performed these with Shu-ya.

It reminded me of lots of things, so it was a solemn time ←

Then, she entered a gondola to sing Together When.
I love this song.
I almost cried ←

The tissue dance came in here.

everywhere nowhere
You&Me
ayu got everyone to sing along! And we all did ♪
Song 4 u

After this..
The intro of the next song played… I got goosebumps and almost cried ←

The Countdown video came on after that, with clips from Love Hotel Tour, a-nation and Kishidan Banpaku.

It was really solemn during the video.

Then, the usual energetic songs!
ayu performed evolution~SURREAL on the crane.

ayu was right in front of me (:_;)
She was so close, it was even closer than sitting in the first row of the arena.
It was my first time seeing her so near.

Her skin was so beautiful, she was so cute, her face was so small ←

I didn’t know what to do, and my eyes were all teary, but I still screamed happily ←

After that, she sang until that Day… I really like this song ♪♪
There was fire, and explosions during the last chorus!
It always happens, but I was shocked still (lol)

And in the flurry ←
The main show ended.

The setlist was awesome and time passed so quickly, I was expecting more of the main show.

And then, Sugi-chan played a “Guess the voice” quiz with us during the encore, with the phrases “Wild darou~~” and “Saikou da ze~~”.
The voiced belonged to Kazuma and ZIN respectively!

And then, the intro of Trauma played!! I was so excited ♪
This dance is so fun ♪

However, ayu-chan appeared to forget lyrics, and sang “I forgot the lyrics~” instead (lol)
She sang this on the royal!

AUDIENCE had an easy dance too, and was fun ♪

These 2 songs were TV-sized, not the full versions.

And then, she sang Boys&Girls on the crane again.
ayu-chan came so close.

Shu-ya was there to support her too, but there was an incident when the fence wouldn’t come out (lol)

I got to watch this incident at close range, and ayu and Shu-ya’s conversation then was so interesting. I felt so close to ayu then ←

And because I was so excited, I don’t remember much ←

They did the dancers’ introduction.

Then, she performed Ivy.
She put in lots of feelings here, and cried again ←

I thought it was the last song, but there was still MY ALL.

I thought she’d never perform this song again, so Rie-chan and I were both surprised. We just kept shouting “awesome, awesome” (laugh)

Silver tape and balloons drifted down during the last chorus! 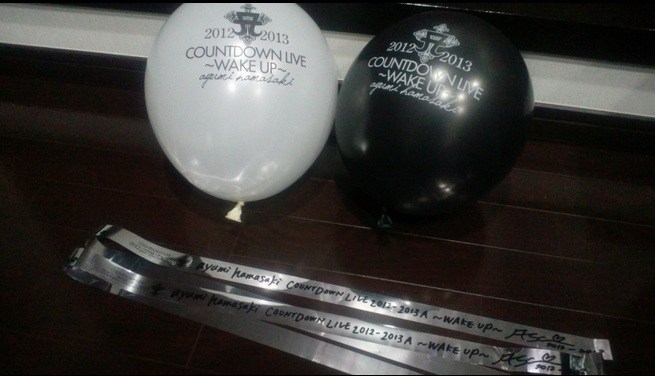 There were 2 types: white and black.

Lastly, she thanked us, and the show ended.

There was no MC.
Will she have one on the 31st?
To talk about New Year’s resolutions, maybe?

Most importantly, this setlist was awesome ←

There were lots of surprises.
And then, her various emotions reached out to us.

I think that ayu put all her thoughts and feelings into this LIVE.

I’ll be going tomorrow too, so I’ll write more about that in tomorrow’s report.

Anyway, I should be sleeping soon–. (laugh)

It’s a rushed report, but that’s how the show went (lol)

This is the thank you card. 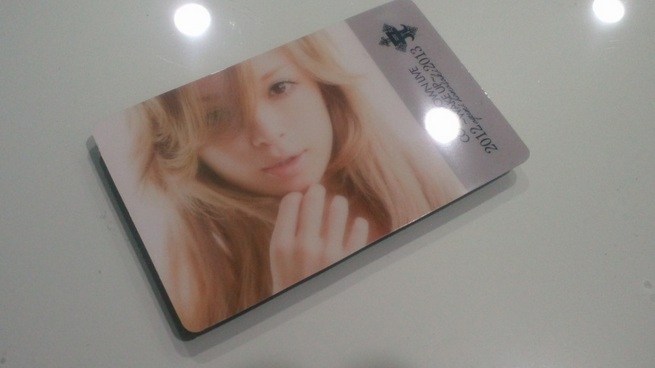 Looking forward to tomorrow too– ♪♪

I have 2 extra pieces of silver tape, so I’ll be giving them out to those who couldn’t come or couldn’t get them