It’s been a week since Toujinsai!

Wow, my excitement hasn’t died down yet. (laugh)
It was really, really,
the best summer festival!

Lots of different festival events
from all over the country
gathered here with us,
with lots of guests,
lots of band members,
lots of staff,
and lots of Mononofu
to create the biggest summer festival this year.
I’m just so happy ( ^ω^ )

There was a sudden thunderstorm at the venue
on Day 2,
and the concert had to be delayed for 1 hour.
Thank you
for waiting out in the rain for us.

But once the LIVE began,
a miracle happened…
There was a rainbow!

That’s just Baka Sawagi!
It was a lovely present on that special summer day!

I hope those 2 days were the best
evidence that we’d managed to hold the biggest summer fest
this summer—!!

It was so much fun,
being having a “baka sawagi” festival with everyone!!

Let’s work hard at tightening the screws in our heads! 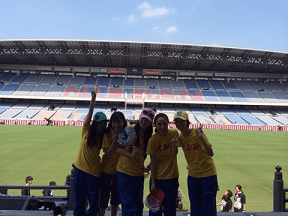 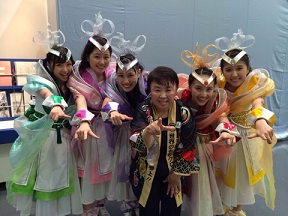 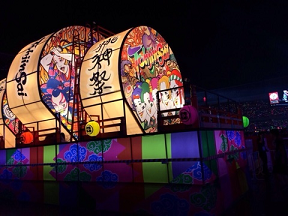 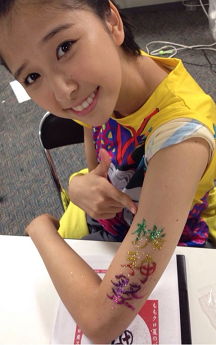 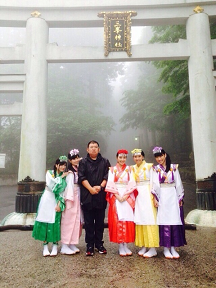 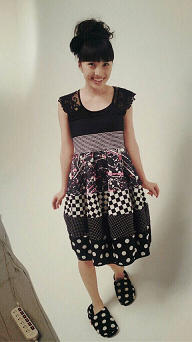 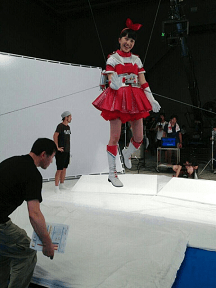 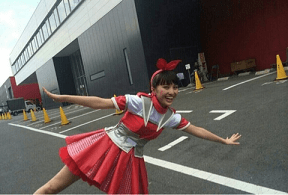 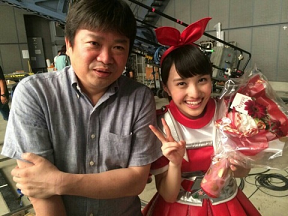 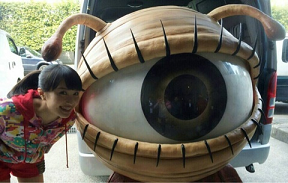 I got to feature on the poster of De☆View, the bestselling item now!!!

Yes, gratitude is the most precious thing to have (*ﾟ▽ﾟ*)

That day, everyone praised me! And said I looked really mature! (ﾟ∀ﾟ)
So you have to see it! (laugh)

And— then—!
Has anyone seen the latest comico CM, featuring Momoclo—?

We tried out wire suspension for the first time!

Motohiro Katsuyuki is our director!

Here’s a shot with director after the filming!

Director will deny this, but he’s really a Mononofu inside (laugh)

And then, the last photo is an off-shot taken with Megadoyon during the Sante CM shoot!!!

She also bought a T-shirt (laugh) 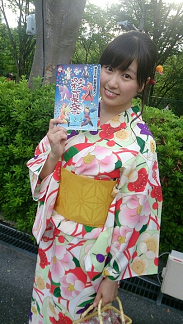 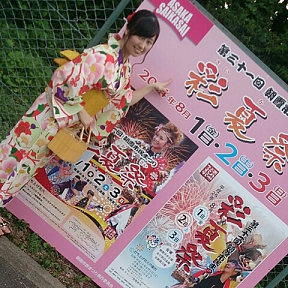 This yukata,
has all 5 Momoclo colours on it!

Maybe she’ll get to wear it again this summer!

Notes:
1. The kanji for Saika Festival is 彩夏, which is the kanji for Aarin’s name “Ayaka”. 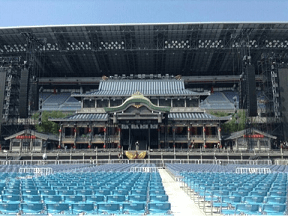 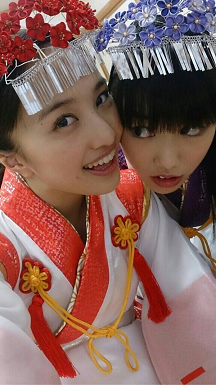 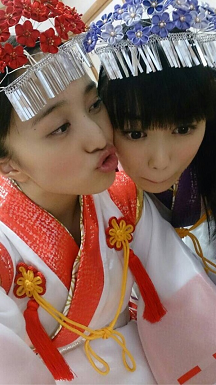 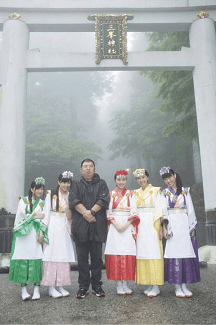 Sorry for the late update—!

Have we tightened the screw—?

This year’s summer Baka Sawagi
had the highest number of audience, performers, and staff members ever in Momoclo history!

Lots of people came to help us out!!!

So much power, all gathered at Nissan Stadium
in one go. Just how amazing was that shrine? (*^ω^*)

It was a Japanese festival, that only Japan can stage!
A concert that Momoclo, the Mononofu, and lots of Momoclo family created

Riding on the strengths of lots of people,
this Baka Sawagi of combined effort
was the most fun, the most Baka,
the most Wasshoi! ever (´▽｀)

And then, 2 days ago,
MOON PRIDE went on sale too
Momoclo’s Wasshoi just can’t be stopped! (laugh)

Even though Nissan is over, I realized today that Momoclo’s summer has just begun （´-`）

Summer is just going to get hotter from now on!!!